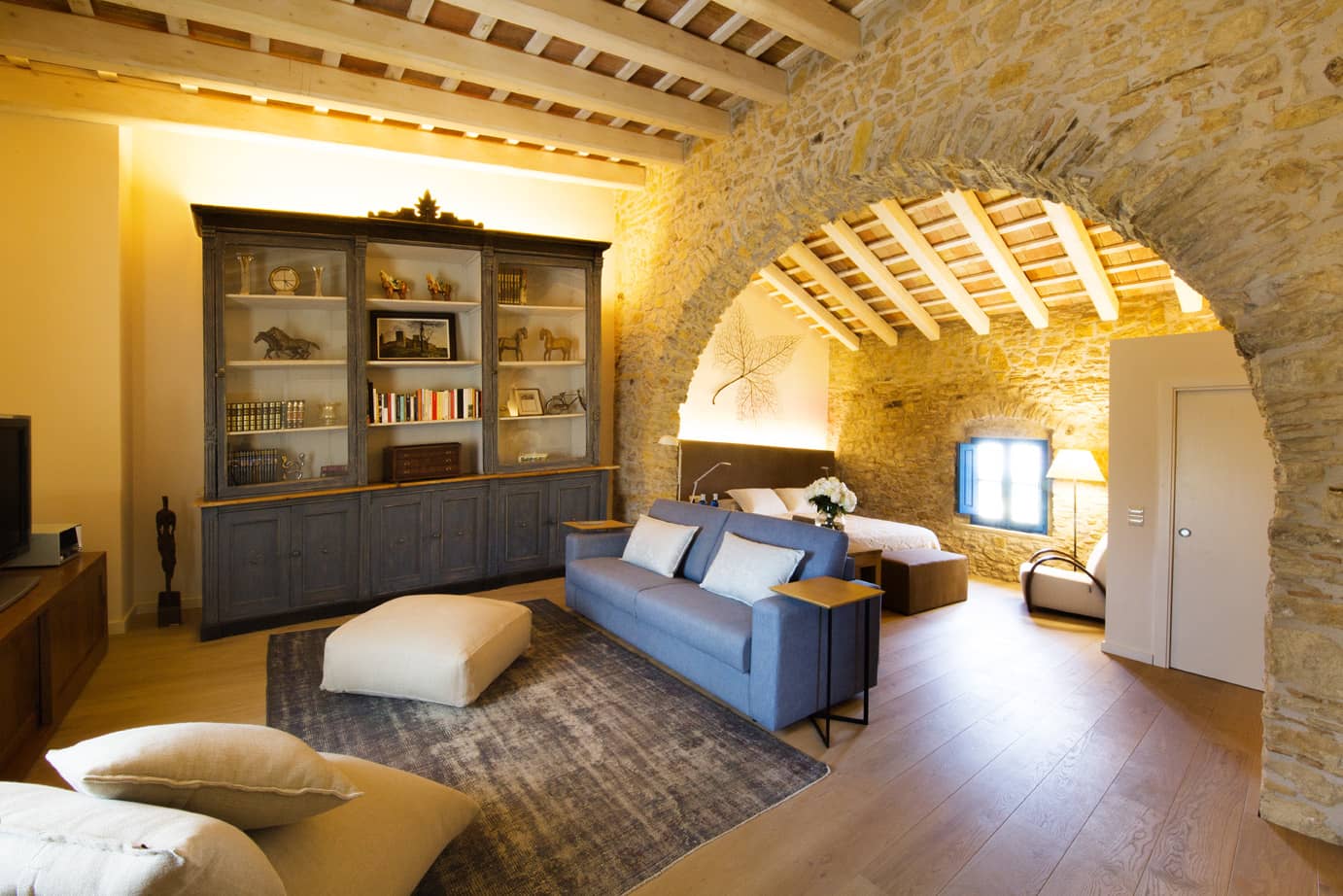 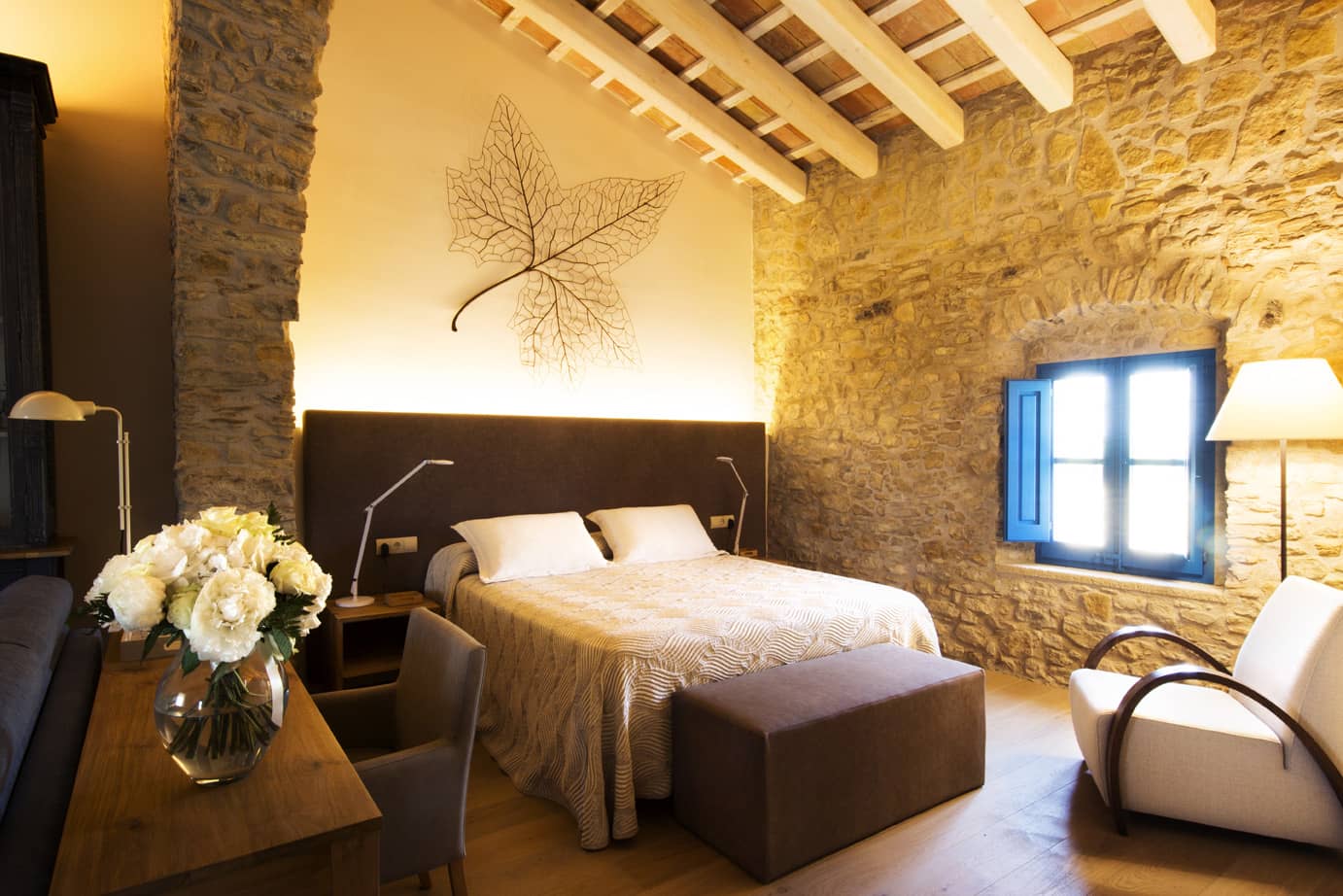 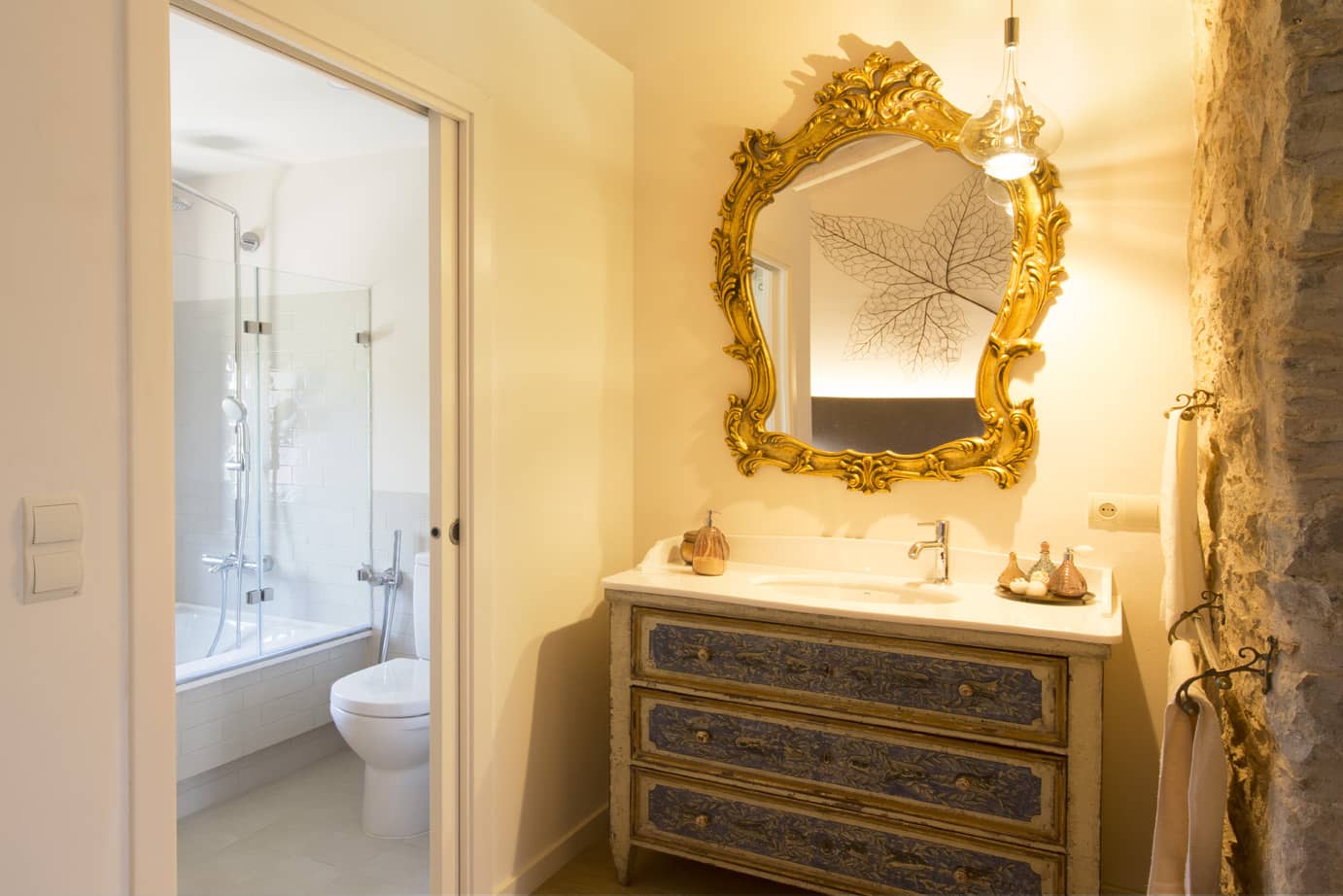 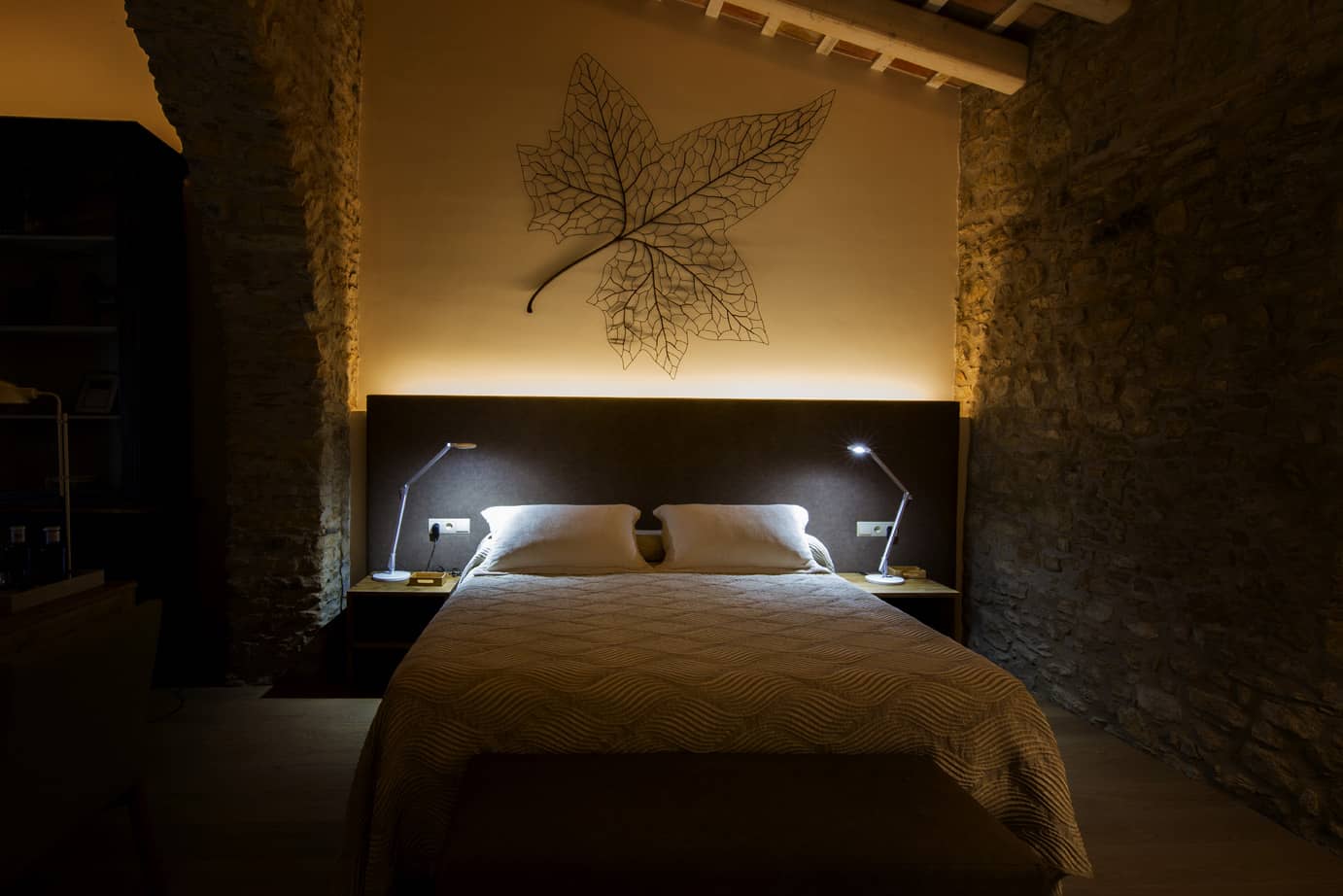 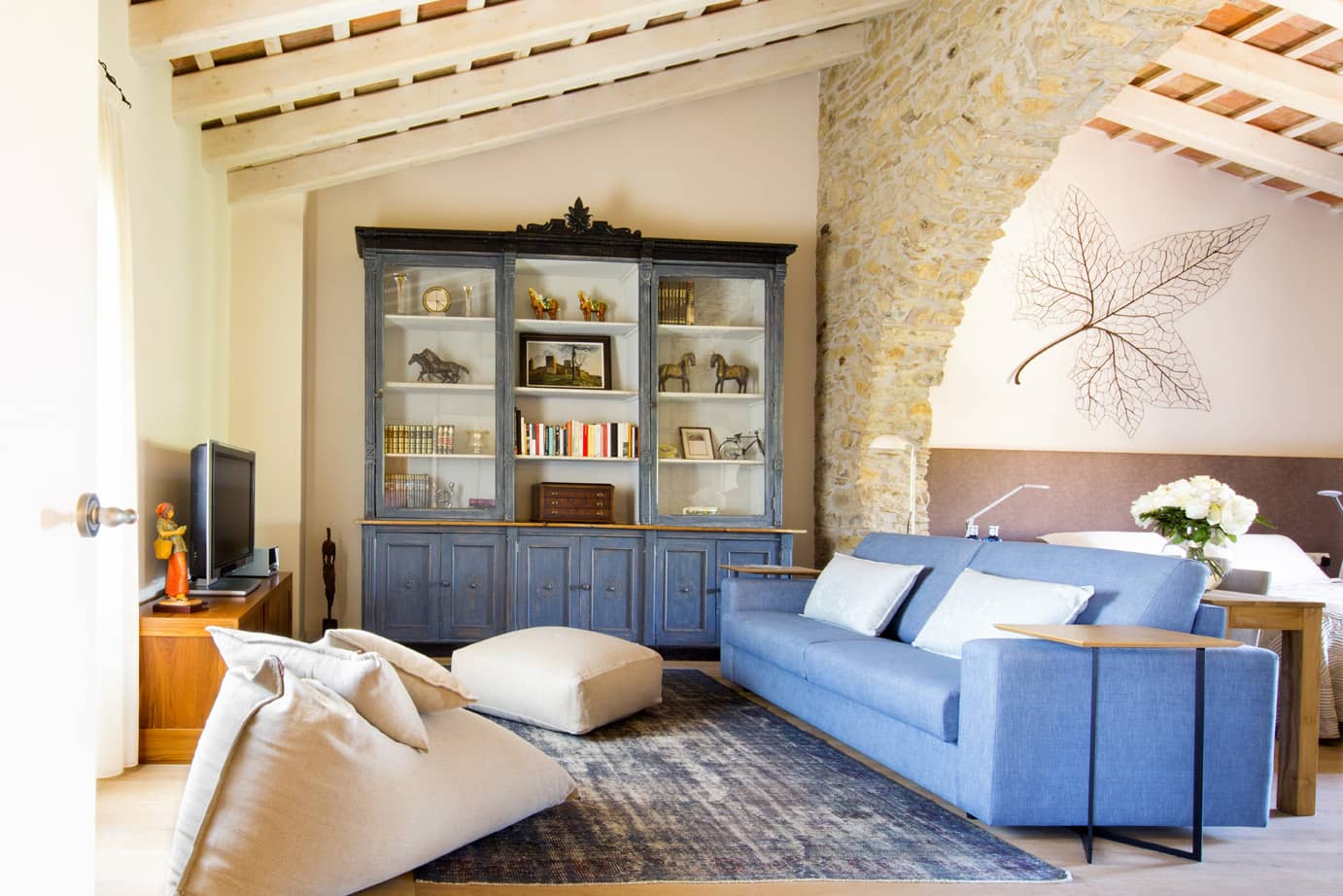 The Síndic suite, located on the upper floor, is the most spectacular suite of the whole house. It takes its name from one of the key figures during the XV and XVI centuries in Catalonia: the official receivers, the representatives of the three estates of the realm (the military estate, the ecclesiastical estate and the royal estate) in the Catalan Courts.

Pals was one of the 22 royal cities of Catalonia with the privilege of having two official receivers. One of this receivers was Pera Jofre, master of Mas Jofre and bourgeois of Pals, who represented the town and the king Charles I in the Catalan Courts in 1528 and 1537.

In this suite you may gaze at the extraordinary rounded archway, discovered during the remodelling of the house, which separates the room into two environments: the bedroom and the living room with an incredible bookcase originally from a pharmacy of the last century in Barcelona.

Other lounge and rooms 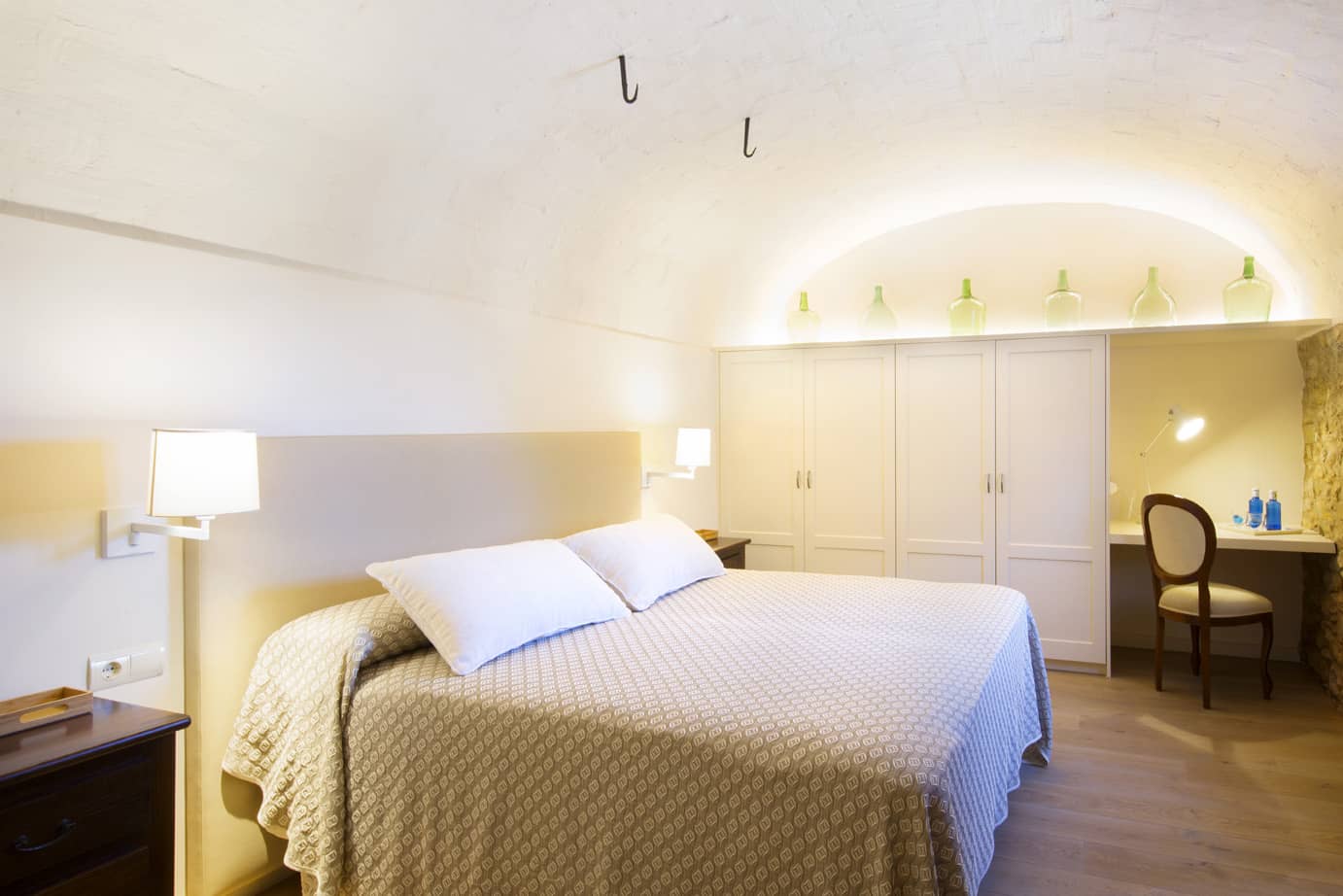 Located on the ground floor of the house, takes its name from the historic centre of Pals: el Pedró. There… 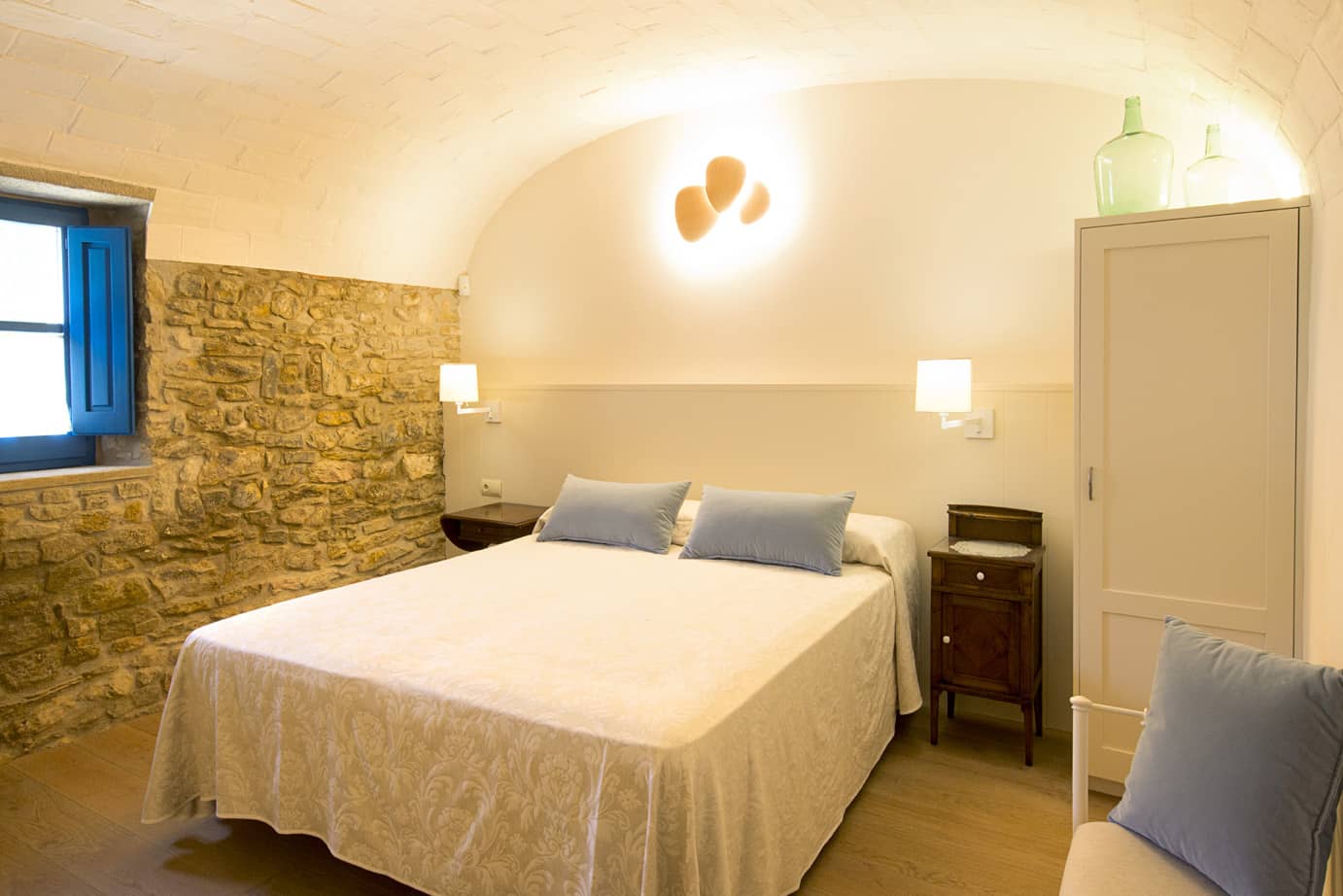 Suite located on the ground floor of the house, takes its name from the neighbourhood adjacent to the medieval centre… 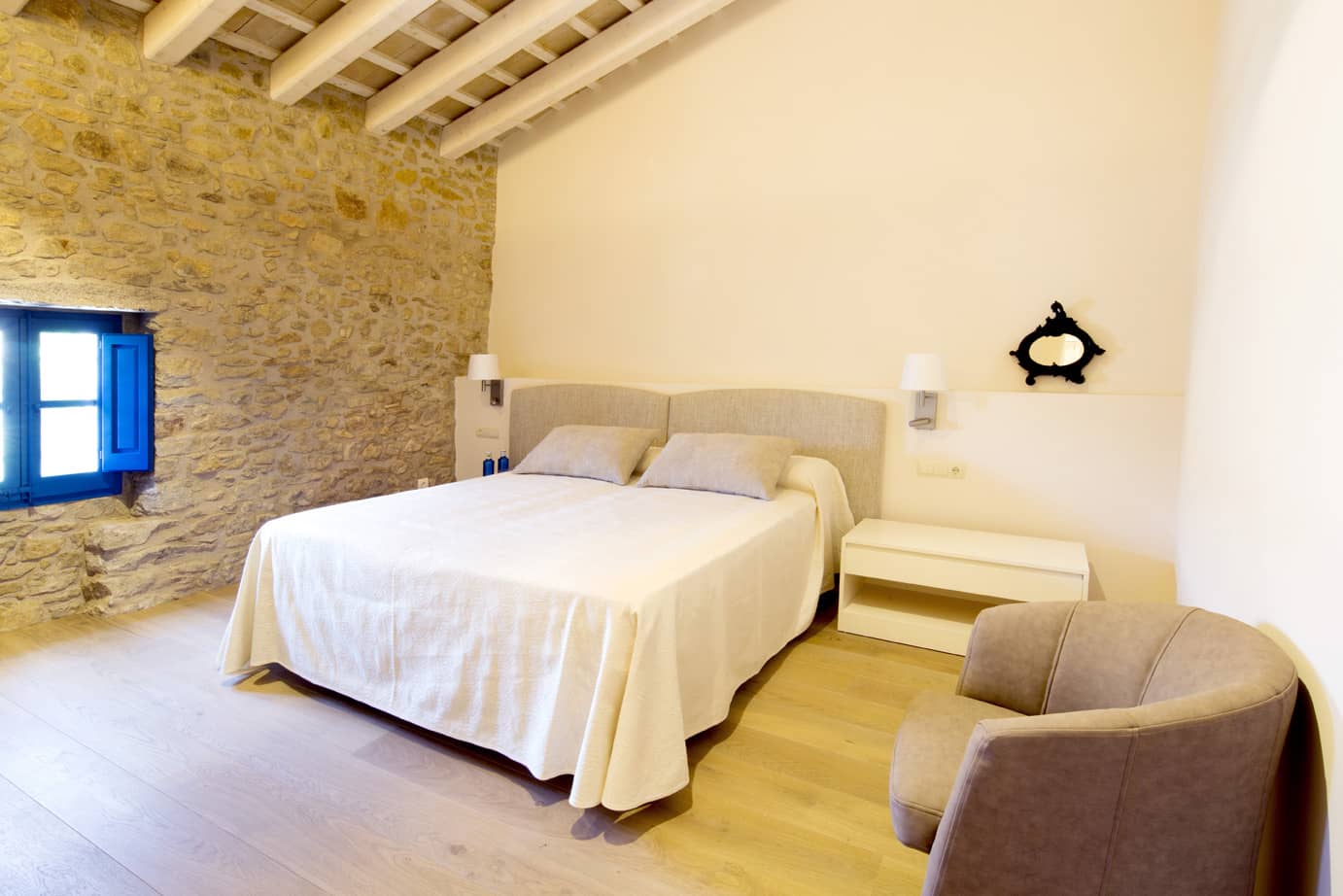 Majestic suite located on the upper floor of the house, takes its name from the emblematic mountain of l’Empordà: The…